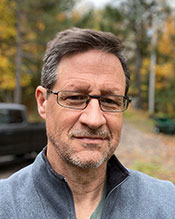 Mr. Hansen is an exploration geologist with over 30 years’ of experience in the mining and exploration industry. As the co-founder and CEO of Atacama Pacific Gold (2010-2018), Mr. Hansen led the company during the discovery of the 5 million ounce Cerro Maricunga gold deposit which was sold to RIO2 in 2018. While the CEO of Andina Minerals, from its founding in 2003 through 2009, Mr. Hansen led the company through the discovery of the 7 million ounce Volcan gold deposit, which was sold to Hochschild Mining. Mr. Hansen held senior exploration and corporate positions with TVX Gold, including Exploration Manager, Americas, from 1993 through 2003. Currently, he is an independent director of ATEX Resources, Torrent Capital and Antler Gold. Mr. Hansen holds a B.Sc. Geology from Laurentian University, Sudbury. 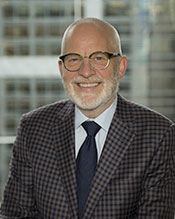 Mr. Pladsen has over 30 years' experience in the exploration and mining industry. Mr. Pladsen, who received his Chartered Accountant designation with KPMG LLP in Toronto in the mid 1980's, has held various financial positions with TSX-listed, TSXV-listed and private mining and technology companies. Mr. Pladsen has been an independent businessman since June 2018. Mr. Pladsen was the CFO of Atacama Pacific Gold, a mineral exploration company focused in Chile from 2009 to June 2018, when Atacama Pacific Gold was sold to Rio2 in July 2018. Mr. Pladsen also serves as a director of Northfield Capital Corporation, Carrie Arran Resources Inc., Neo Lithium Corp. and ATEX Resources. 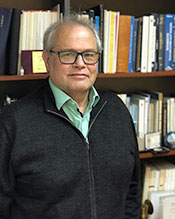 Dr. Schneider is an exploration geologist and entrepreneur with over 40 years’ experience in the mining and mineral exploration industry. From 2010 through to 2018, Dr. Schneider was the Chairman of Atacama Pacific Gold, which he co-founded with Carl Hansen, discovering the Cerro Maricunga gold deposit which was sold to RIO2 in 2018. He was the General Manager and co-founder of Andina Minerals (2003 through 2010) leading the team that discovered the Volcan gold deposit which was sold to Hochschild in 2012. From 1996 through 2002, Dr. Schneider was the Senior VP of Exploration of TVX Gold leading the teams that outlined the Asacha and Zolotoe gold deposits in Russia, Kasperske Hory gold deposit in the Czech Republic, and the Skouries copper gold deposit in Greece. He has been a consultant for various senior mining companies including Antofagasta, TVX Normandy Americas, Newmont Mining, Kinross Gold and Gold Fields and played an instrumental role in the discovery of Gold Fields’ Salares Norte deposit in Chile. Dr. Schneider is President of SBX Consultores and is currently a director of RIO2. He holds a Ph.D from Imperial College, University of London. 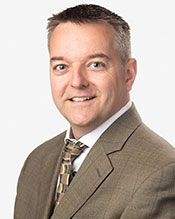 Mr. Peters is a finance executive with over 20 years of experience in the mineral exploration business. From 1996 to 2020, he was the Vice President, Finance and a Director of Northfield Capital Corporation, an investment holding company. In the past, he has served as an officer and/or director of a number of different publicly listed companies, including; Gold Eagle Mines Ltd. (prior Southern Star Resources Ltd.), Geoglobal Resources Inc., INV Metals Inc., and Aranka Gold Inc, as well held the role as CFO and a member of the audit committee in various companies. Currently, he is a director of Copper Reef Mining Corporation. Mr. Peters received his B.B.A. from Brock University in 1996. 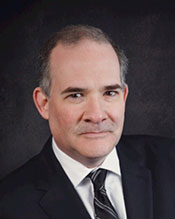 Mr. Suttie is the President of Marrelli Support Services. He possesses over twenty years of financial reporting experience, ten of which were in public accounting prior to his tenure with Marrelli Support Services. He specializes in management advisory services, accounting and the financial disclosure needs of Marrelli's public client base. In this capacity, Mr. Suttie also serves as Chief Financial Officer for a number of TSXV- and CSE-listed companies. He also serves as a director of Rupert Resources Ltd., BuzBuz Capital Corp. and BE Resources Inc.